If you’re thinking about upgrading to LED lighting to save money, you’re probably wondering how much you’ll actually save, right?

It should be pretty simple to figure out – just take your current power bill, figure out the new power bill with new efficient lighting, and then A – B = C.

Back here on planet earth, in a little burg called reality you may not have $20,000 just to pull out of your working capital so that you can surrender less of your profits to the power company.

I guess that means you’ll have to factor in your cost of capital when (or if?) you can borrow money to go buy light bulbs.

That should be easy to figure out too, right?

What are the Rates to Finance or Lease Commercial Lighting?

So if you hunt around on the internet a little bit, pretty soon you’ll figure out that almost nobody tells you how much the rates actually are to finance commercial lighting.

Occasionally,  you’ll see someone who talks about led financing rates, but only shows you the lowest rates that exist with a teeny-weeny little asterisk that says (translated from lawyerese):

* These rates aren’t really true, I mean they are true, but maybe not for you.

The problem with only showing you the best rates is that you might have actually been alive during 2008 or something, and unless you are a bankruptcy attorney or a repo man, you’ve probably got a battle scar or two.

Maybe you’d like an idea of what the rates would actually be before calling a sales line and having a fire-breathing dragon pressure you into a credit check, no?

Figuring out the rates for equipment financing is complex, and depends on a lot of variables, so nobody can give you an “exact” idea of what your rates will be, any more than you can be given an exact idea over the internet of what your lighting will cost or how much you’ll save.

However, what you could gather from an article on the internet, if a good one actually existed that showed you real information is a vague idea of what your costs and savings might be.

Since nobody has yet provided the service of vague answers about commercial lighting over the internet it’s time to blaze a trail. 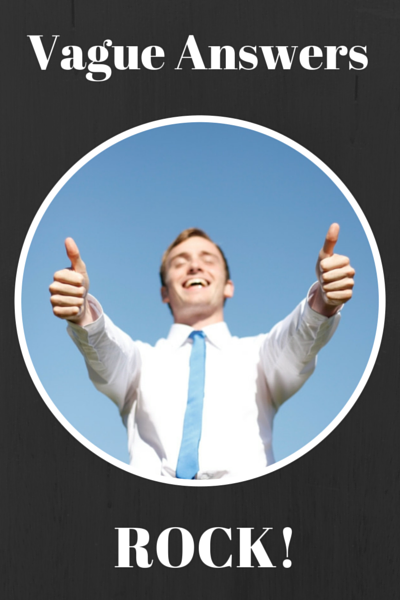 How Much will LED Lighting Save You?

Figuring out a guess of your cost savings on LED when you are financing the lights is simple:

(2) Guess what percent of the electric bill is your lights

(3) Guess how much your LEDs will save you

(4) Guess how much your monthly payments will be.

Let’s start with what percentage of your electric bill is your lights. It really depends on what sort of business you run, obviously, but the Center for Climate and Energy Solutions estimates that 20% of the average business power bill is simply to keep the lights on.

Other sources, such as power companies, suggest that in some cases 40% or more of your electric bill in a business can be for lighting.

In any case, upgrading to LED lighting can be a pretty bright idea. But how much will an LED upgrade actually cut your power bill?

According to most estimates, LED lighting reduces energy use by 50% or more – some estimates peg LED cost savings at 75%+. So, if lighting makes up 30% of your business energy use, and you cut that portion of your bill by 50%, you’ll immediately shave 15% off of your power consumption.

How Much Do Commercial LED Lighting Systems Cost? 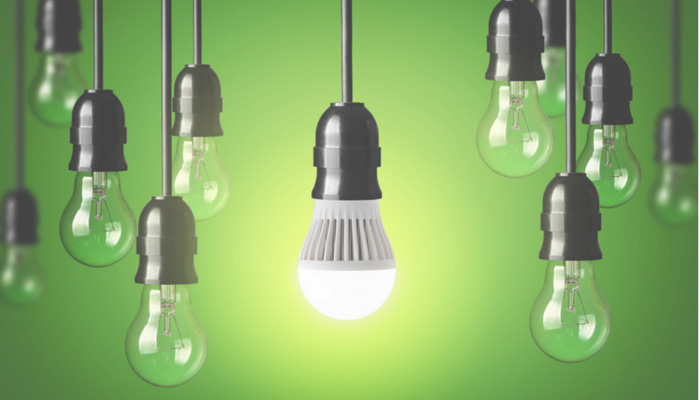 There are two parts to the cost of upgrading your lights – the cost to buy the lights and then the rebates.

When you try to find pricing of LED bulbs on the internet, you see a slew of jargon about NPV (net present value) and gobbledygook about savings per kilowatt hour and all this other crazy stuff like flow charts of comparisons between watts and lumens. You shouldn’t have to be Albert Einstein to figure it out.

The cost of a system depends simply on how many lights you’re going to need, which is a function of the size of your business. There are pages and pages of nonsense talking around the issue because nobody wants to come out and admit they’re going to ask you for $15,000 for some light bulbs.

What are the Rebates and Tax Incentives to Replace Commercial Lighting?

Since we just talked about the cost of LED lighting, let’s talk about the rebates. Since we don’t want our great grandchildren to look like coal miners, there’s a big push to make the incentives to replace lights so large that virtually every business will upgrade sooner or later.

The size of the incentives varies by geography, but:

1. You may depreciate the entire cost of the project in the first year, up to $1.80 per square foot.

2.  Most utility companies offer a rebate, many of which cover 20-30% of the project cost. The Phillips Lighting rebate finder has a clickable with links to every rebate program in the U.S.

The Bottom line is that with depreciation and rebates, often you can immediately cut your costs by one half right from the beginning.

So, How Much Money Will You Save With a Commercial Lighting Upgrade?

On the typical $15,000 upgrade, after taking into account tax and rebate incentives, your “adjusted cost” might be $8,000 or so, and save you $400 per month on your electricity bill.

If you’re not paying cash, you’ll have to finance it.

Financing charges depend on how risky you are as a borrower, but financing $15,000 over 5 years might run between $300 to $500 per month based on how good your credit is.

At first that might sound like you’re only saving as much as you are paying out, but keep in mind:

Based on our gross oversimplification, switching out your light bulbs means saving $37,000 for every $15,000 you spend.

How’s that for a vague answer? 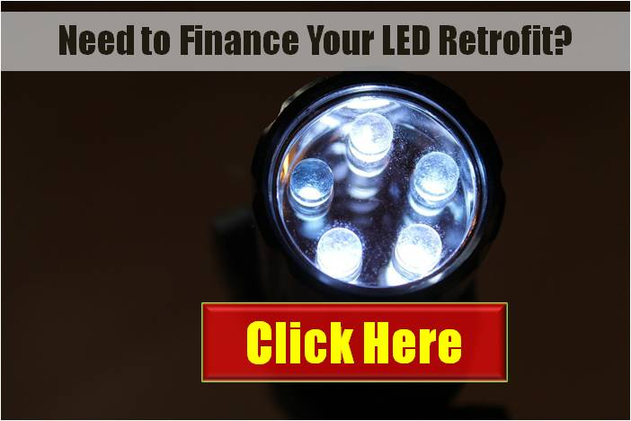