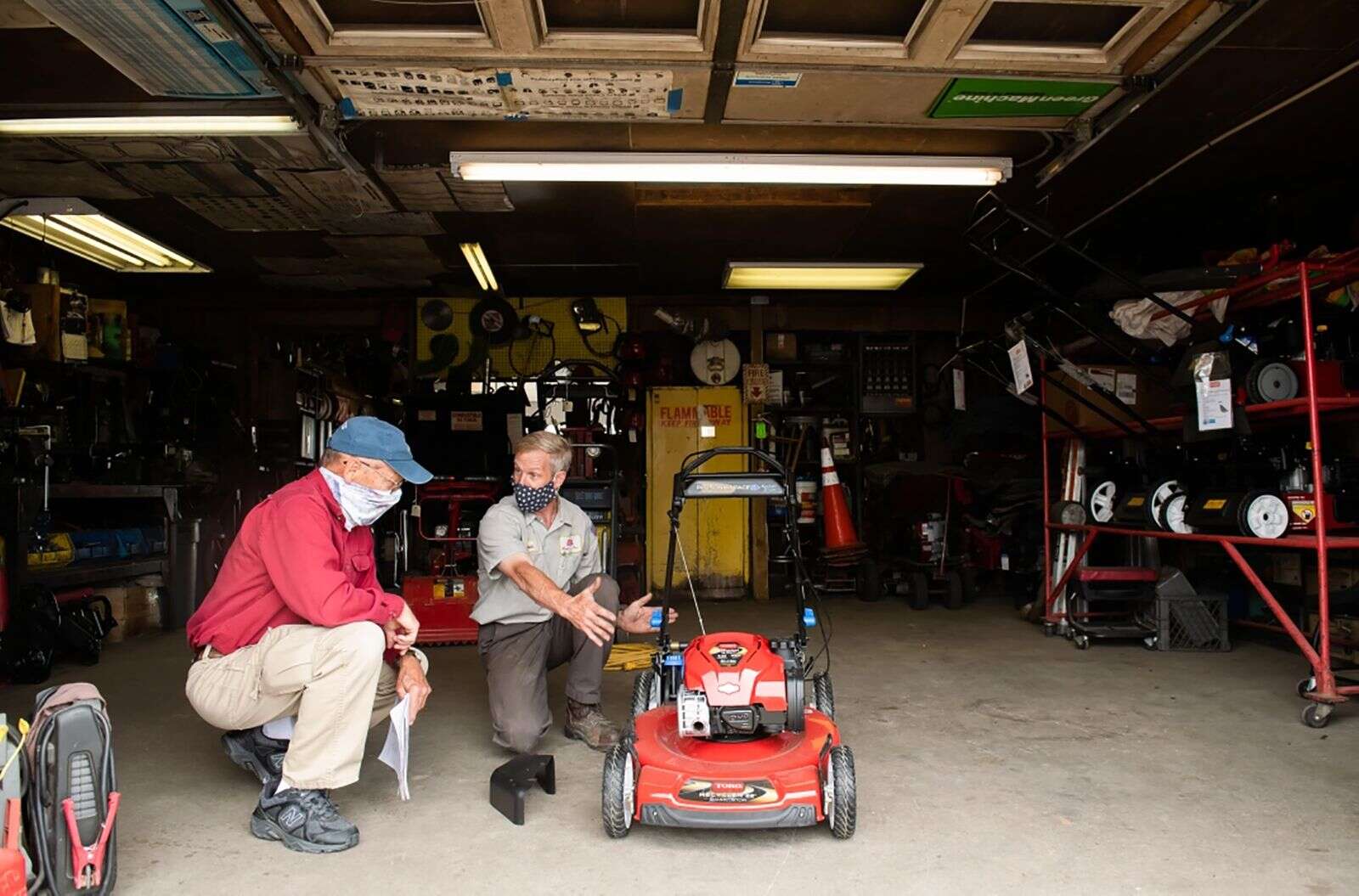 “I really see this as just a bill that is filling in the gaps,” said state Sen. Chris Hansen, a Denver Democrat.

Here’s a breakdown of what the expansive measure would do:

The legislation would prohibit the sale or advertising of devices with “small off-road engines” – such as lawn mowers and leaf blowers – starting on Jan. 1, 2030, in areas of the state with air pollution worse than what the Clean Air Act allows.

The idea is to reduce ozone and greenhouse gas emissions from gas-powered lawn equipment, which are outsized polluters. The California Air Resources Board says that operating a gas-powered lawn mower for an hour can have the same polluting effect as driving a Toyota Camry 300 miles.

Operating a gas-powered leaf blower for an hour is even worse, according to CARB. That’s the equivalent of driving the Camry 1,100 miles.

“The two-stroke engines typically found in lawn mowers, leaf blowers, trimmers — that sort of thing — are estimated to produce almost 20% of the ozone,” Hansen said.

The measure would encourage Coloradans to switch to lawn equipment powered by electricity by offering an income tax credit equal to 30% of the purchase price for new mowers and blowers bought in tax years 2023 through 2029.

Businesses that use lawn equipment would be eligible for a rebate if they purchase electric alternatives.

Hansen said the bill aims to give people a long runway toward making a transition to electric lawn equipment.

A climate-risk assessment for insurance companies

The measure would require insurance companies operating in Colorado to perform a “climate-risk assessment” by Jan. 1, 2024, and each year forward that determines the economic and business risks that climate change poses to their business.

The reports would be made public by the state.

The review must include an analysis of how climate change would:

A similar review for PERA

The bill would require the Public Employees’ Retirement Association, the pension system for Colorado’s public employees, to complete a similar climate assessment of its investment portfolio.

Hansen said adding the bench marks would ensure Colorado is on track to meet its emissions goals. He worries there is too much time between the current goals.

“I think having a clear target in 2040 will really help us stay on track,” he said.

“If you think about all the industrial processes that produce carbon dioxide, we are going to need options to remove that from the atmosphere,” Hansen said. “So this would make it more possible for the state to allow that.”

Making the agricultural sector a partner in fighting climate change

Finally, the measure requires Colorado’s commissioner of agriculture to work with the Colorado Energy Office and the Air Quality Control Commission to conduct a study examining carbon reduction and sequestration opportunities in the agricultural sector.

The bill would also direct the Colorado Agricultural Value-Added Development Board to offer financing for farmers who use their land for both agricultural purposes as well as solar-energy generation, as well as change the tax code to add such projects to the definition of solar energy facilities.

Who is for and against the bill?

​​”This bill is an ambitious next step in both disclosing data and reducing greenhouse emissions,” Valdez said.

There are already a number of groups that have lined up to oppose the measure, including the Colorado Propane Gas Association, the Denver Metro Chamber of Commerce, Colorado Concern and the Associated Governments of Northwest Colorado.

A host of organizations, including PERA, Xcel Energy, the Colorado Farm Bureau and the International Brotherhood of Electrical Workers, are seeking changes to the measure.

One big hurdle for Hansen and Valdez will be Gov. Jared Polis, who has clashed with Democratic state lawmakers in recent years on environmental and climate policy. But Hansen said he thinks Polis, who has veto power, won’t stop the measure.

“I think I’ve talked to the governor’s office about each of the sections,” he said. “I think there’s a lot of agreement. I think there are some changes that they’re requesting, which I think are pretty reasonable. That’s the normal process. We’ll be working through that. I’m planning a number of tweaks and changes to the bill.”

Read more at The Colorado Sun

The Colorado Sun is a reader-supported, nonpartisan news organization dedicated to covering Colorado issues. To learn more, go to coloradosun.com.